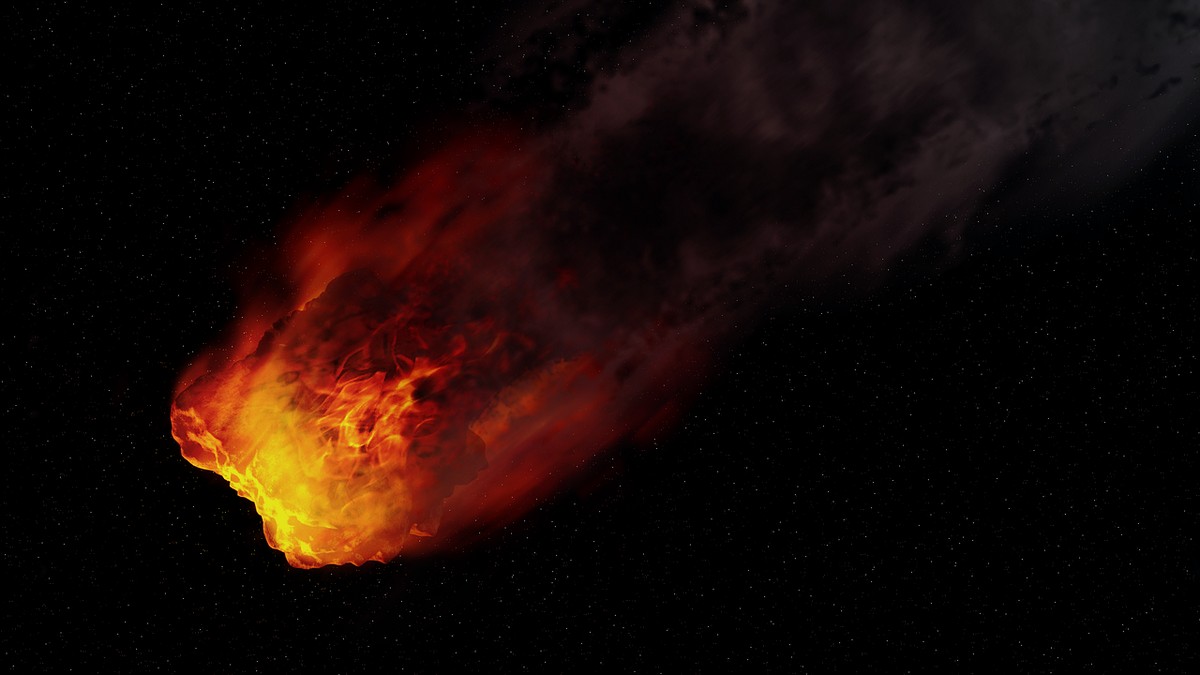 The GOES-16 weather satellite is designed to detect flashes of lightning. On Saturday, it saw an asteroid.

On Saturday afternoon, meteorologists noticed an unusually bright flash signature over the Caribbean waters 170 miles south of Puerto Rico. Its light was visible in an area as large as Rhode Island – far too big to be a lightning strike. Plus there were no clouds in the area. It had to be something else. The answer turned out to be something out of this world.

A spattering of debris showed up on the National Weather Service in San Juan’s radar. That’s a telltale sign of a meteor or asteroid impact.

Just how large was it? About 13 to 16 feet in diameter or the size of car.

As the asteroid entered the atmosphere, Spaceweather.com reports that the Comprehensive Nuclear Test Ban Treaty Organization’s infrasound station in Bermuda detected “airwaves” associated with the blast. Its recording station is located more than 1,000 miles away from where the asteroid hit, and yet the station “heard” it. But ordinary sound can’t travel that far; if it could, then everyone in Miami, Cuba, and Puerto Rico should have heard the blast. It was a different type of sound: infrasound.

Humans can detect sounds between 20 and 20,000 Hertz. That’s a measure of how many times per second air pockets vibrate back and forth, jiggling sensory preceptors in our ear that process sound. Dogs can hear frequencies twice as high – close to 40,000 Hertz – which is why they’ll cringe over a dog whistle that we simply can’t hear.

Once you get to the low side of the spectrum, you’re talking “infrasound.” In infrasound wave may only feature a couple vibrations per second, making its frequency too low for us to hear. But that doesn’t mean the sound isn’t there.

The asteroid’s explosion produced a dramatic infrasound signal in the form of an “airwave” that rippled out around it. According to waver vapour imagery shared by SpaceWeather.com, the asteroid split into at least three pieces. The explosion itself released an energy equivalent to more than 6,000 tons of TNT, the fireball itself weighing 200 tons.

Because infrasound waves have a very long wavelength, they can travel long distances. Combining knowledge over where the asteroid struck with the magnitude of the signal picked up in Bermuda, meteor expert Peter Brown of the University of Western Ontario was able to conclude it was a “multimeter sized near-Earth asteroid.”

The University of Hawaii’s Institute for Astronomy wrote that this particular asteroid was probably small enough that it burned up entering the Earth’s atmosphere (SpaceWeather.com wrote small fragments of the asteroid, known as meteoroids, likely sprayed the ocean surface). But spaceborne objects somewhat larger can pose a threat to earth dwellers, as evidenced by the February 2013 meteor that injured more than 1,000 people in Chelyabinksk, Russia.

NASA has identified most large near-Earth objects, the kind that could lead to a global catastrophe if they struck (expected to happen once every 700,000 years). But detecting smaller objects, capable of damaging effects, has proven more of a challenge.

In what it called a “breakthrough,” the University of Hawaii ‘s Institute for Astronomy declared it had detected Saturday’s relatively small incoming asteroid in advance in a press statement

Its telescopes observed the asteroid “four times in a span of 30 minutes,” the release said. That was roughly seven hours before the asteroid struck. “At that time, the asteroid was only [310,000 miles] from Earth – or 1.3 times the distance to the Moon.”

When matched up with data from another telescope 100 miles away, “the asteroid’s entry path prediction improved significantly,” and it was deemed “likely” the asteroid would strike earth.

It estimated objects the size of Saturday’s asteroid can be detected roughly half a day in advance, with larger ones – like the 2013 Chelyabinsk event – several days out. That one was the size “of a small house.”

“For the first time, astronomers at the University of Hawai’i have demonstrated that their ATLAS and Pan-STARRS survey telescopes can provide sufficient warning to move people away from the impact site of an incoming asteroid,” the institute wrote.