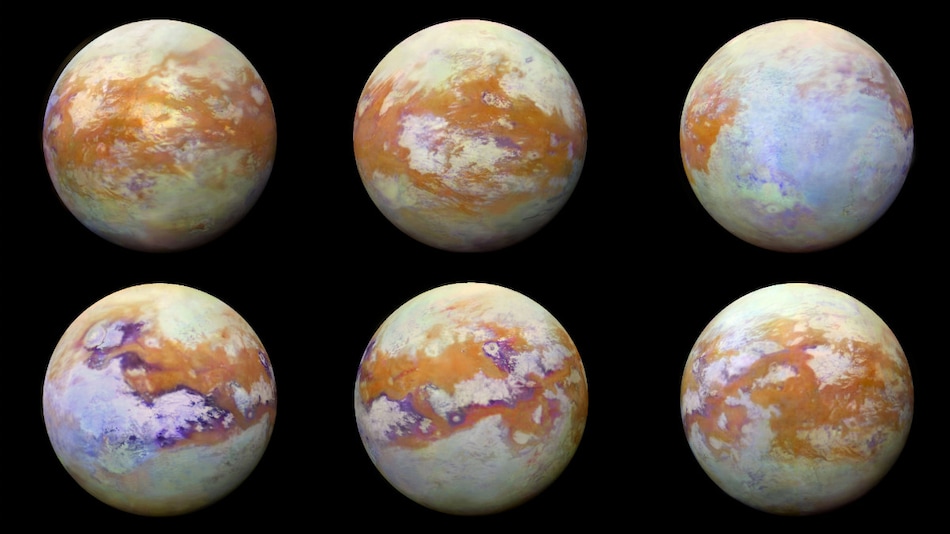 In a first, NASA scientists have spotted a molecule of cyclopropenylidene (C3H2) in the atmosphere of the largest of Saturn’s 62 moons, Titan. Calling this development ‘unexpected’, scientists claim that this is the first time that they have detected this molecule in an atmosphere. They found C3H2 by using a radio telescope observatory in northern Chile known as the Atacama Large Millimeter/submillimeter Array (ALMA). Scientists believe that this carbon-based molecule may be a “precursor to more complex compounds that could form or feed possible life on Titan”.

The discovery of the molecule in Titan’s atmosphere also comes as a surprise because until now, C3H2 has only been found in pockets throughout the galaxy in clouds of gas and dust that float between star systems. These areas are too cold to facilitate many chemical reactions. Titan’s atmosphere is dense and these are hives of chemical activity. NASA says that cyclopropenylidene can react easily with other molecules in this type of atmosphere and that’s why scientists are now more interested in this moon.

“When I realised I was looking at cyclopropenylidene, my first thought was, ‘Well, this is really unexpected,’” said Conor Nixon, a planetary scientist at NASA’s Goddard Space Flight Center in Greenbelt, Maryland. Nixon, who led the ALMA search, and his team was able to identify small amounts of C3H2 at Titan likely because they were looking in the upper layers of the moon’s atmosphere, where there are fewer other gases for C3H2 to interact with. Their findings have been published in the Astronomical Journal.

“Titan is unique in our solar system. It has proved to be a treasure trove of new molecules,” Nixon added. According to the scientists, the discovery of this molecule could help them make inroads in finding life on Titan, which is the destination of NASA’s forthcoming Dragonfly mission. Titan is similar to Earth in some ways as it has clouds, rain, lakes and rivers, and a subsurface ocean of salty water. However, Titan has a thick atmosphere that’s four times denser than Earth’s.