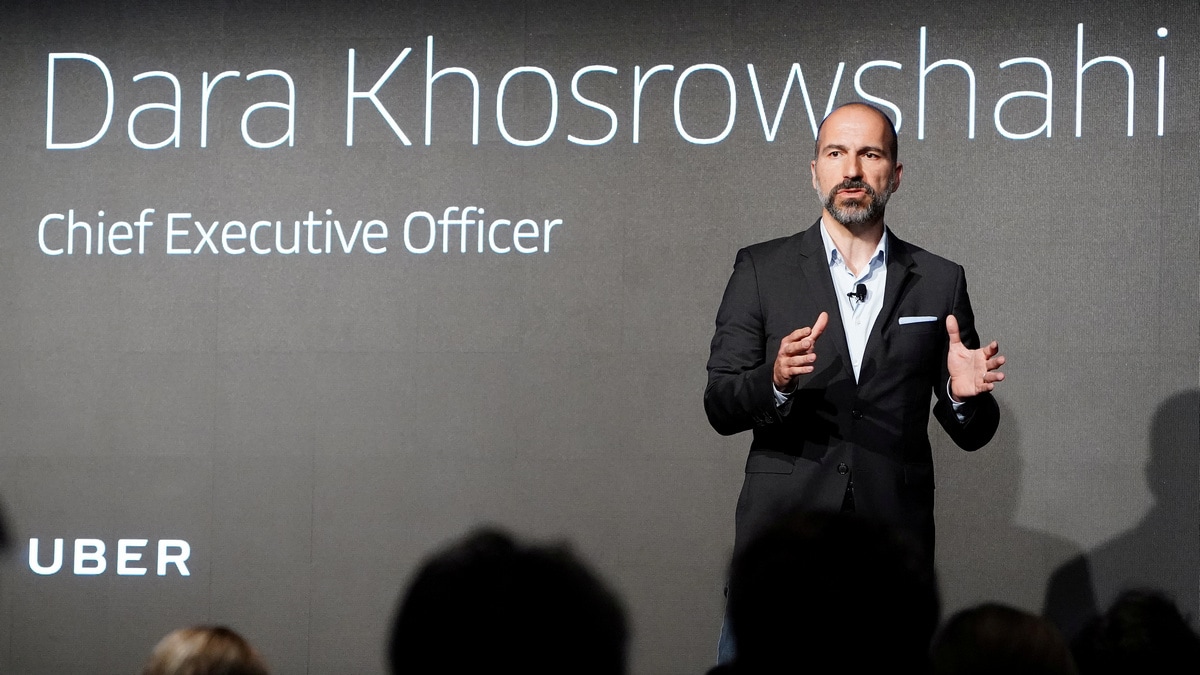 Uber Technologies reported a $1 billion(roughly Rs. 7,000 crores) loss on Thursday as the ride-hailing service spends heavily to build up its food delivery and freight businesses, sending revenues up 20% in its first quarterly report as a public company.

Revenue of $3.1 billion (roughly Rs. 23,000 crores) matched the high end of the range Uber forecast for the quarter and the loss of $1.0 billion compared with the company’s forecast of $1.0 billion to $1.11 billion.

Shares rose 2.6% following a conference call with executives in which Chief Executive Dara Khosrowshahi cited business improvements, such as fewer consumer promotions in the second quarter, but called 2019 an “investment year.”

With its share price trading more than 10% below its IPO price of $45, Khosrowshahi will have to convince investors Uber can turn a profit, given its reliance on rider incentives and competition in all parts of its business, from its core business of ride-hailing to food delivery to freight.

“Our story is simple. We’re the global player,” Khosrowshahi told analysts on his first earnings call after the company’s IPO earlier this month. “Our job is to grow fast at scale and more efficiently for a long, long time.”

The results indicate the newly public company was able to hit its own financial targets, likely to offer some assurance to investors.

Costs went up 35% in the quarter, as the company spent heavily in the run-up to its IPO earlier this month. Gross bookings, a measure of total value of rides before driver costs and other expenses, rose 34% from a year ago to $14.6 billion. Bookings were up 3.4% from the previous quarter, showing the difficulty of recruiting new riders in saturated markets.

But Wedbush analyst Ygal Arounian said he was encouraged by improvements in take rates, and accelerating revenue growth. Uber’s take rate is the revenue pocketed by the company after subtracting driver or restaurant pay and incentives.

“We’re still a while away from profitability, but Uber is expecting strong signs of improvement across many of its key metrics and that is an important sign for investors.”

Uber was the biggest of a group of Silicon Valley startups that have gone public this year against the backdrop of a global stock market sell-off sparked by renewed trade tensions between the United States and China. Uber also faces increased regulation in several countries and fights with its drivers over wages.

In the mature US market, where Uber’s main rival is Lyft, Khosrowshahi said two levers for growth were the expansion of rides into suburbs and a generational wave, in which millennials show little interest in car ownership.

Executives said signals from Lyft during its recent earnings call that its rival was focused less on price and more on brand and product was a positive. Khosrowshahi called it a “healthier mode of competing than just throwing money at a challenge.”

Overall, incentives paid to drivers more than doubled from a year earlier, outpacing revenue growth, as the company invested in its growing food delivery service, Uber Eats. In that unit, driver incentives tripled to $291 million while revenue rose 89 percent.

Uber was “very early in the stages” of exploiting how ride-hailing can help its Eats business, where take rates would improve over 2019, he said.

The company had begun to “upsell” riders to Eats deals, with encouraging early signs, Khosrowshahi said.

Uber said its monthly active users rose to 93 million globally, from 91 million at the end of the fourth quarter.