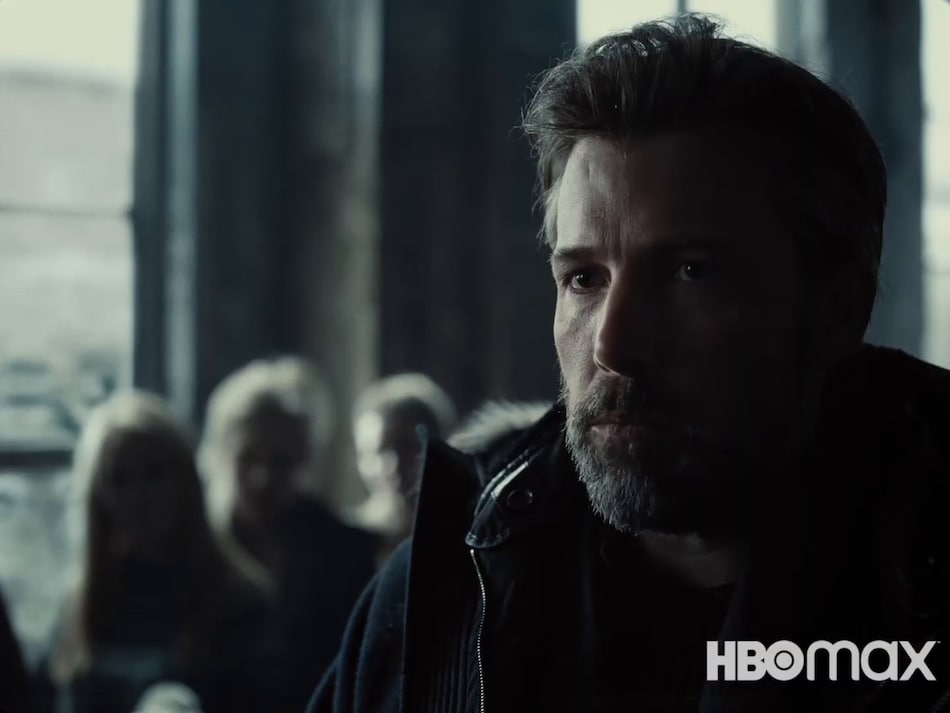 The Justice League Snyder Cut trailer is here, as promised. HBO Max and Warner Bros. have unveiled a new two-minute look at Zack Snyder’s Justice League that gives us a bunch of new footage — including from the October 2020 production that involved Jared Leto, Ben Affleck, Henry Cavill, Ray Fisher, and Amber Heard among others — and reshapes the narrative that now must survive a four-hour movie. Snyder had originally planned to release it as a four-part miniseries led by a single very long movie, but half of those plans have seemingly been axed.

“The bell’s been rung,” Lex Luthor (Jesse Eisenberg) intones in the most ominous of voices at the start of the Justice League Snyder Cut trailer, as we are shown a screaming Superman (Henry Cavill) in slo-mo. Over shots of a devastated human city and far off in Themyscira as a building collapses, Luthor continues: “Out in the dark, among the stars, the god is dead.”

The Justice League Snyder Cut trailer soundtrack picks up as we cut to Batman (Ben Affleck) saying: “I had a dream, almost like a premonition,” while we see an alien spacecraft hovering and laying waste to another city, and Wonder Woman (Gal Gadot) surveying the inside of an ancient structure where she discovers a carving that looks like Darkseid? Elsewhere, Darkseid (Ray Porter) and Granny Goodness (it seems) walk behind their boss DeSaad (Peter Guinness). Enter Steppenwolf (Ciarán Hinds) who promises “his lord” that has fire oozing out of him that “this world will fall”. He’s referring to our world, naturally.

Steppenwolf battles the Amazonians led by their Queen Hippoylta (Connie Nielsen), while at a different point in space and time, Bruce Wayne (Affleck) remarks: “I need warriors. I’m building an alliance to defend ourselves.” Cue shots of the titular group, consisting of Wonder Woman, Aquaman (Jason Momoa), Cyborg (Ray Fisher) with a cannon strapped to his back, Flash (Ezra Miller) — and Batman himself. Alfred Pennyworth (Jeremy Irons) questions the strength of Batman’s squad and warns him: “If you can’t bring down the charging bull, then don’t wave the red cape at it.”

“You were sent here for a reason. And even if it takes you the rest of your life, find out what that reason is,” Superman’s late father Jonathan Kent (Kevin Costner) adds in voiceover in the Justice League Snyder Cut trailer. Though he’s speaking directly to his foster son, it speaks to the rest of the group as well, who are all looking for the “reason” too. That includes a touching moment of Barry Allen (Miller) with his father Henry Allen (Billy Crudup) that was also present in the original cut.

As the Justice League Snyder Cut trailer builds to a crescendo with action snippets, Wonder Woman adds: “You said the age of heroes would never come again.” Batman replies: “It will. It has to.”

After the Zack Snyder’s Justice League title card, Jared Leto’s new Joker avatar makes his first appearance: “We live in a society where honour is a distant memory. Isn’t that right, Batman?”

In Zack Snyder’s Justice League, determined to ensure Superman’s (Henry Cavill) ultimate sacrifice was not in vain, Bruce Wayne (Ben Affleck) aligns forces with Diana Prince (Gal Gadot) with plans to recruit a team of metahumans to protect the world from an approaching threat of catastrophic proportions. The task proves more difficult than Bruce imagined, as each of the recruits must face the demons of their own pasts to transcend that which has held them back, allowing them to come together, finally forming an unprecedented league of heroes. Now united, Batman (Affleck), Wonder Woman (Gadot), Aquaman (Jason Momoa), Cyborg (Ray Fisher), and The Flash (Ezra Miller) may be too late to save the planet from Steppenwolf, DeSaad, and Darkseid and their dreadful intentions.

Justice League Snyder Cut is out March 18 on HBO Max in the US, HBO Go in parts of Asia, and HBO services in parts of Europe. There are no concrete details on an India release date or platform, but WarnerMedia — which owns HBO — says it’s “in discussions with local and global partners and will have more details shortly.”