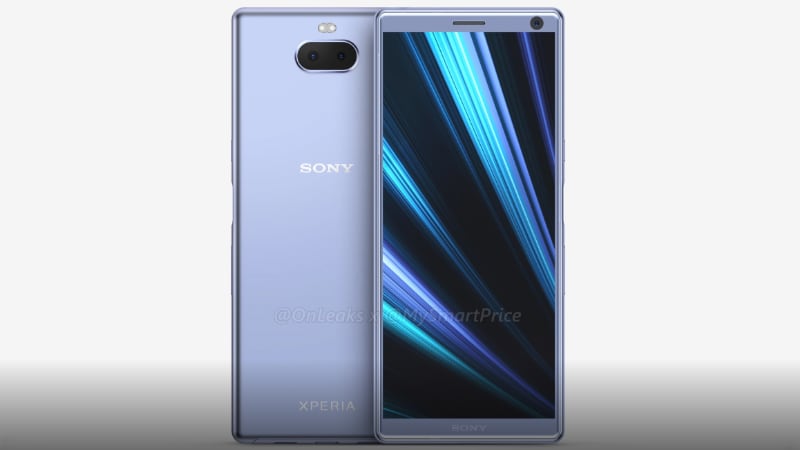 Sony just launched the Xperia XZ3 at IFA in August, and now it looks to be working on bringing a new mid-range Xperia XA3 series into the market. The Sony Xperia XA3 and Xperia XA3 Ultra have been leaked in renders and videos hinting at an imminent launch. Both the devices are seen sporting a similar design language with thin chins on top and bottom, and negligible bezels on the left and right edges. At the back, both the devices sport a dual camera setup stacked horizontally. The fingerprint sensor is side-mounted, as seen on previous Sony devices as well, and the specifications of the two variants have also been leaked in detail.

Onleaks in collaboration with MySmartPrice has leaked 5K renders of the two mid-rangers – Sony Xperia XA3 and Sony Xperia XA3 Ultra. Both the devices sport a similar design, though the Ultra variant has a larger display. As mentioned, the two phones sport thin bezels on the top and bottom chin, a side-mounted fingerprint sensor between the power and volume rockers, and a dual camera setup at the back stacked horizontally. The Sony and Xperia logos are embossed at the back as well. The 3.5mm audio jack sits on the top edge, while the speakers sit at the bottom edge of the device.