Samsung Galaxy S10 is expected to launch sometime early next year as the tenth anniversary edition of Samsung’s flagship smartphone, most likely at MWC 2019 in Barcelona. One variant of the smartphone has now been spotted on popular benchmark portal AnTuTu with scores and specifications revealed. Additionally, the smartphone series seems to be in the advanced development stage as one of the variants has reportedly been spotted on a certification website in Russia. Three models of the Galaxy S10+ have been seen passing certification in the country. 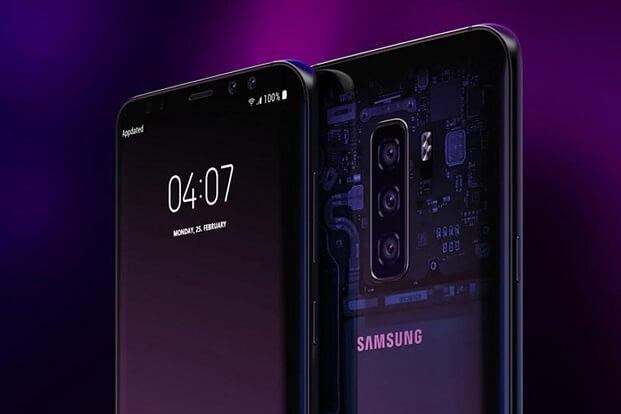 First off, a variant of the upcoming Samsung Galaxy S10+, with model number SM-G975F, has been spotted on AnTuTu’s website. As per the listing, the smartphone – powered by the latest Exynos 9820 SoC – scores an impressive 325,076 on the AnTuTu benchmark. However, the website mentions that this is an early stage unit and performance might differ in the final production units.

Specifications listed on the website include Android 9.0 Pie, an Exynos 9820 SoC, a Mali-G76 GPU, 6GB RAM, 128GB inbuilt storage, and a 6.4-inch display with 1080×2280 pixel resolution which might have been lowered down for the test. The report says that the SM-G975U model has also been found in the benchmarks.

Other than that, the listing suggests that the Samsung Galaxy S10+ will feature a 12-megapixel primary rear camera and a 10-megapixel selfie camera. Launched earlier this month, the Samsung Exynos 9820 SoC is based on the 8nm process. It integrates two custom cores, two ARM Cortex-A75 cores, and four Cortex-A55 cores. The processor is coupled with the Mali-G76 MP12 GPU. Samsung’s Galaxy S10 series could be powered by the upcoming Qualcomm Snapdragon 8150 SoC in markets like US and China.

Separately, a report by TechieRide suggests that three models of the Samsung Galaxy S10+ have gone through certification in Russia. As per the screenshot posted, SM-G975F, DS SM-G975F, and SM-G975X have been listed in the country suggesting that the official launch is nearing.

The report claims that the Galaxy S10+ could sport a 19:9 display with a resolution of 1440×3040 pixels, with the premium variant expected to get a triple rear camera setup.