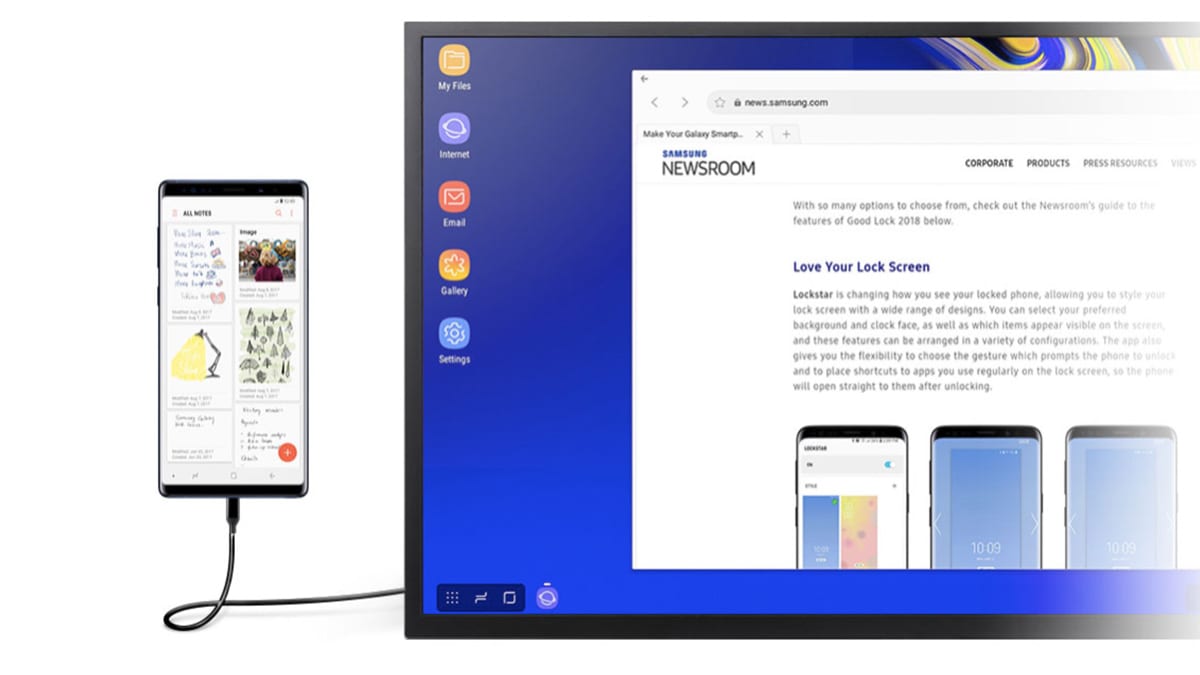 We have heard a lot of rumours about the Samsung Galaxy Note 10, but what about potential accessories that could also be announced alongside the smartphone? According to a latest patent filing on the European trademark website, we might see a revamped version of Samsung DeX, which is the company’s gadget with helps extend the interface of your Galaxy S or Galaxy Note series smartphone, onto a monitor. The trademark filing is for ‘Dex Live,’ which hints at the fact that the company might finally introduce a wireless version, which doesn’t involve plugging your phone into a dock or a dongle.

The trademark application was spotted by Dutch blog Galaxyclub, which found the patent application on the European Union Intellectual Property Office website. The trademark is titled ‘Dex Live’ and for the description, it states it is an “application software, namely, for projecting the screen of mobile device to displays via computer peripheral devices and wireless networks.” This strongly hints that Samsung might be getting rid of the hardware dongle it introduced with the Galaxy Note 9 (Review) altogether, in favour of a pure software-based DeX experience. It’s unclear if the upcoming Galaxy Note 10 would have special hardware to help facilitate this. If not, then we should expect the Galaxy S10series to receive the support as well, via an update.

Now, ‘Dex Live’ could typically mean anything, especially since there’s no mention of Samsunganywhere in the filing. However, this trademark has been filed by Abril Abogados, a law firm based in Madrid, Spain, who have been known to act as an intermediary on behalf of Samsung in the past.

Considering the trademark application has already been filed and we still have a good number of months to go before the Galaxy Note 10 is unveiled, there is a very strong chance that we might see this new version of DeX around October. We guess, only time will tell.