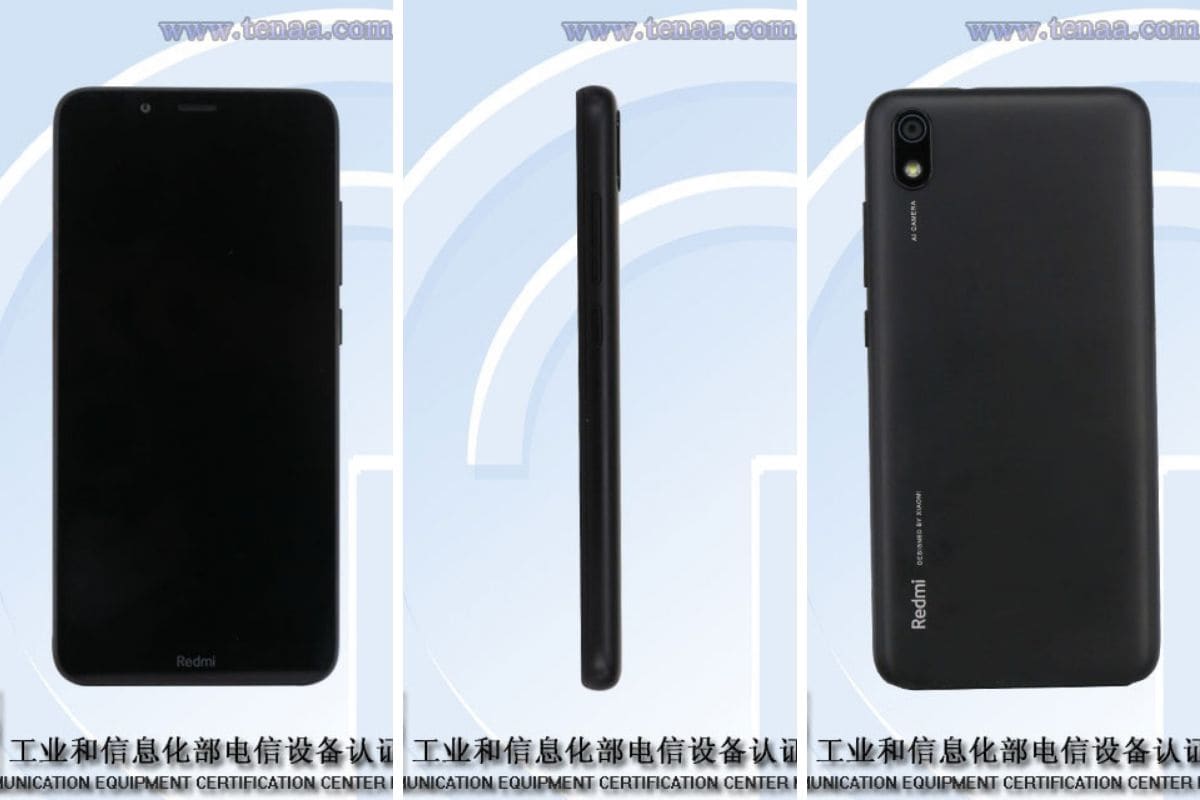 Xiaomi seems to be getting ready to unveil the successor to its Redmi 6A smartphone. A new Xiaomi smartphone featuring Redmi branding has popped up in Chinese regulator TENAA’s database with model numbers – M1903C3EE and M1903C3EC. The smartphone is believed to be the Redmi 7A and could soon make its debut in China. Xiaomi is yet to officially say anything about the Redmi 7A, instead the company is busy touting its upcoming Redmi flagship – Redmi K20.

The TENAA listings for Redmi M1903C3EE and Redmi M1903C3EC have revealed no details at this point and just feature the images of the smartphone. The photos show that the upcoming Redmismartphone will not feature a display notch or hole-punch camera, as is the trend these days, and will instead come with normal top and bottom bezels like the yesteryears, with a single front shooter. The bezels do seem slimmer.

The company has placed the volume rocker on the right side and the SIM card tray is present on the left. The back shows a single camera with an LED flash, and “AI Camera” written next to it, suggesting that the camera software will include some artificial intelligence enhancements. A camera bump is also visible in the profile shots of the phone and no fingerprint sensor can be spotted.

The specifications of the smartphone are a mystery at this point, however if the phone seen on TENAA indeed turns out to be Redmi 7A, we can expect specifications to be slightly inferior to the currently available Redmi 7.

To recall, Redmi 7 comes with a 6.26-inch HD+ screen, octa-core Qualcomm Snapdragon 632 SOC, 4,000mAh battery, and dual rear camera setup. There is an 8-megapixel front shooter onboard as well, with up to 3GB of RAM, and up to 32GB of inbuilt storage.

Meanwhile, Redmi is also preparing to launch its flagship smartphone – Redmi K20 – in the China and the company has been constantly teasing the phone on Chinese social media. The phone is also set to arrive in India after its China release.