Motorola is set to launch new smartphones in its Moto G7 lineup. While we have already seen reports regarding the Moto G7 and Moto G7 Play, new reports suggest that the series may get a Moto G7 Power handset, with a large battery. The Moto G7 Power has now reportedly been certified by the US Federal Communications Commission in the US and several details about the upcoming phone have been revealed in the listing. According to the filing, the Moto G7 Power’s key highlight will be its 5,000mAh battery. Based on the latest reports, the Lenovo-owned company may launch the handsets in the market soon.

The US FCC listing, first spotted by XDA Developers, hints at the Moto G7 Power’s battery, dimensions, design details, and connectivity options. The smartphone comes with the model number XT1955-4. As mentioned, the listing suggests that the Moto G7 Power will be fuelled by a massive 5,000mAh battery. It also hints at a few dimension details about the handset. It measures 159x76mm with a diagonal length of 167mm.

Also, a schematic of the phone suggests that it will be equipped with a single camera at the back. However, the filing does not reveal any details about the front of the handset, including information about the display. Notably, the FCC listing also showcases details about the connectivity options in the Moto G7 Power. As per the filing, the smartphone will have NFC support in some regions. The handset may come in four variants for different markets. The model number XT1955-1 is for Brazil and XT1955-2 for Latin America. Notably, the handset with model number XT1955-4 does not support NFC but the one with model number XT-1955-7 does. 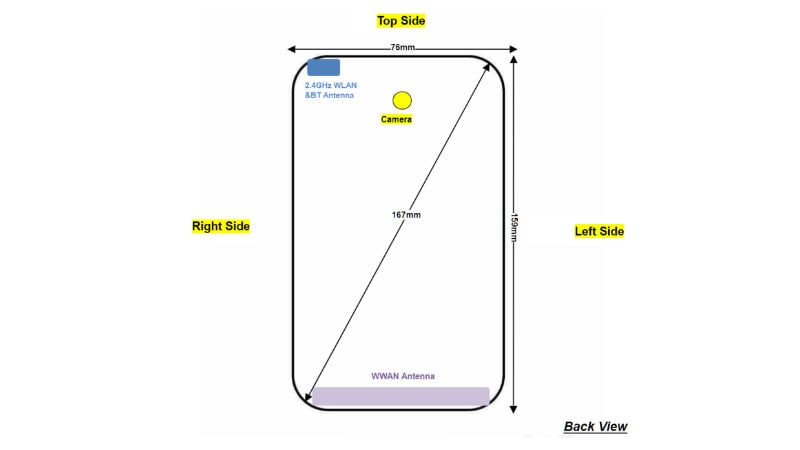 The Moto G7 Power is rumoured to feature a 12-megapixel rear camera with f/2.0 aperture and an 8-megapixel front camera with f/2.2 aperture. The expected camera features are a Cinemagraph mode, spot colouring, and bokeh shots. The report also claims that the smartphone will not be an Android One handset but will run Android 9.0 Pie out-of-the-box. Besides that, the Moto G7 Power could sport a 6.22-inch HD+ display with a notch. It may come in Black, Blush, Indigo, and Silver colour variants.