The Pixel 3 duo come with Pixel visual core, a custom image processing chip that’s used for computationally intensive photo processing. The Pixel 3 and Pixel 3 XL also pack software features like Top Shot, which will help you capture moments you might have missed otherwise; Super Res Zoom that merges multiple frames to create a better zoomed-in shots; and Night Sight for improved low-light photography. Group Selfie Cam helps you take wider selfies than ever before. AR stickers are now available via ‘Playground’ for front and rear cameras, and they come with lots of characters including The Avengers.

Camera comes with a photo booth mode that will automatically take shots when you “make faces”, a motion autofocus mode to keep pets or humans in focus automatically when taking videos, editing depth of field after taking portrait mode shots, and more. Google’s much-publicised Duplex call assistant and a new Call Screening feature will be available in US exclusively to Pixel users. 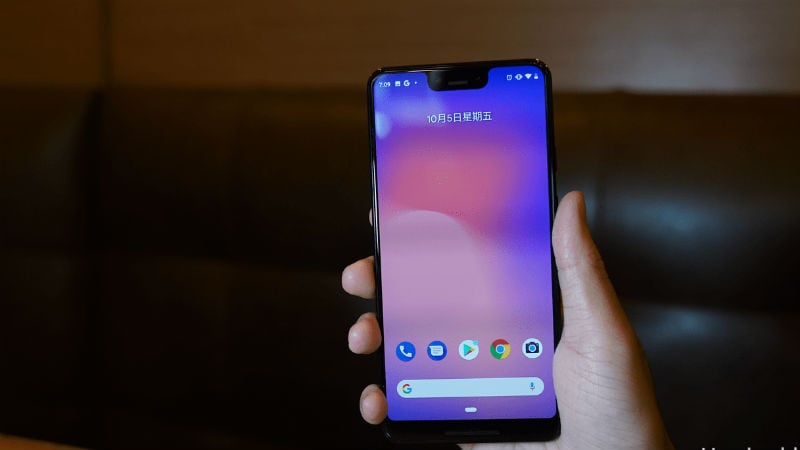 The Pixel 3 and Pixel 3 XL will come with six months of YouTube Music free in select markets. Rest of the Google Pixel 3 specifications are being announced, so refresh this post for updates.

Google Pixel Slate is a “thin and light” Chrome OS-running tablet with an optional detachable keyboard that comes with a 293ppi display and dual front-firing speakers. The power button houses a fingerprint scanner. It comes with 8-megapixel front and rear cameras with portrait mode. The front camera comes with a wide-angle lens and is optimised to work in low light, according to Google. Chrome OS on Pixel Slate is optimised to work on the touchscreen, including running side-by-side apps.

The Pixel Slate Keyboard doesn’t need to be paired or charged, similar to the iPad Pro’s Smart Keyboard. It has a back light and doubles up as a cover for the Pixel Slate. The Pixel Slate price is $599 in the US with the keyboard priced at $199. A $99 stylus was also announced. All three available in the US later this year. Pixel Slate buyers in the US will get three months of YouTube TV free. No word on India price or launch date.

Google Home Hub is a smart speaker with a built-in display, but it has no camera for privacy reasons, Google said. It comes with an ambient light sensor and a display that adjusts according to the conditions. You can watch YouTube videos or listen to music. Google Home Hub is up for pre-orders in the US today, priced at $149 (roughly Rs. 11,000), shipping on October 22. It comes with six-months of YouTube Premium for free. It’s not coming to India anytime soon.

The event kicked off with a bunch of updates on various Google products followed by the new hardware announcement.