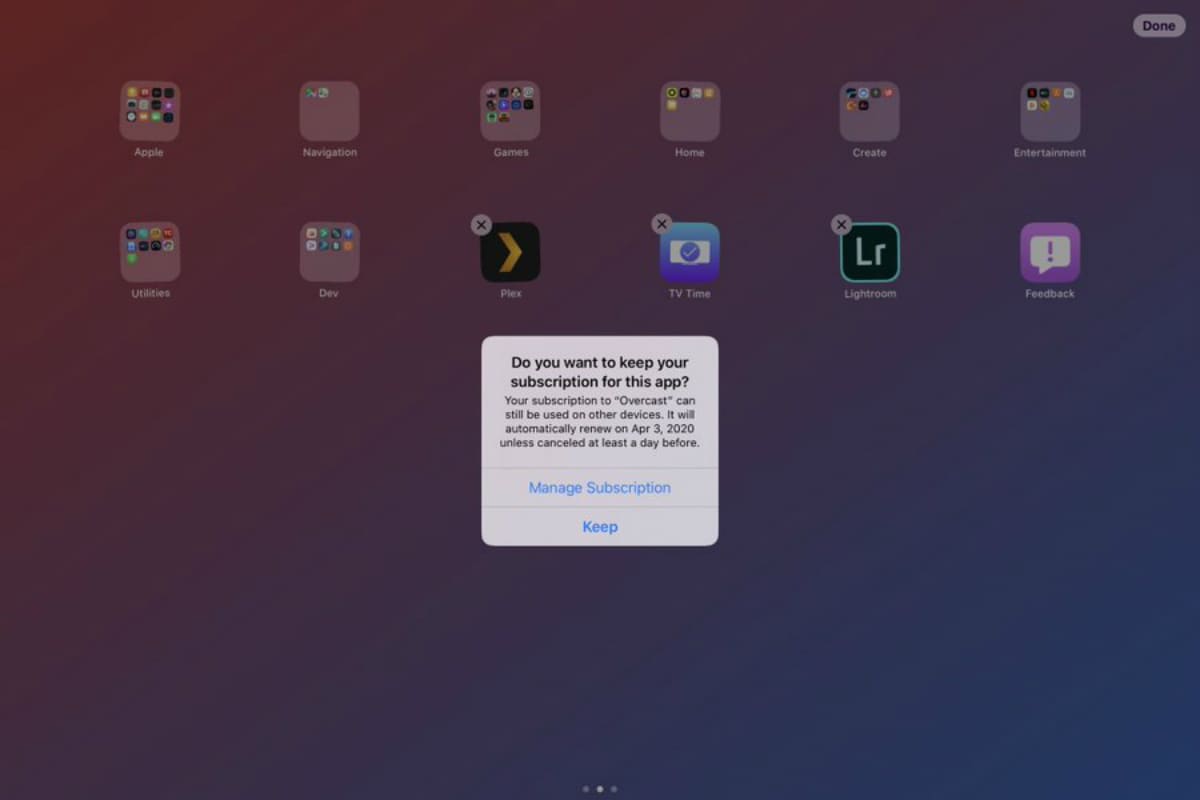 Apple appears set to prompt iOS users to unsubscribe at the time of uninstalling an app that has an active subscription. The evidence of the change has been found through iOS 13 beta 2 that reportedly gives a pop-up message to let the users decide whether they only want to uninstall the app or would also like to cancel the active subscription associated with the app they’re about uninstall. The pop-up includes a link to offer easy management of subscription. Notably, the change comes just a couple of months after Apple added a ‘Confirm Subscriptions’ pop-up for some iOS users to prevent accidental purchases on the App Store.

As spotted by Federico Viticci of MacStories, iOS 13 beta 2 shows a pop-up that notifies you when you attempt to uninstall an app that has an active subscription. “Do you want to keep the subscription for this app?” the message reads.

Apple is evidently trying to ensure users know they have an active subscription at the time they’re uninstalling an app, and then allow them to make an informed decision with details in the Manage Subscription section.

The fresh attempt by Apple, seen in a beta with a small chance of never making it to the public release of iOS 13 later this year, is the latest in a series of efforts to make subscriptions on iOS more transparent to users. In April, the Confirm Subscriptions pop-up was noticed by some iOS users that was designed to prevent accidental purchases on the App Store. The Cupertino company also recently made it easier for the users to manage their existing subscriptions on the App Store using a dedicated shortcut.