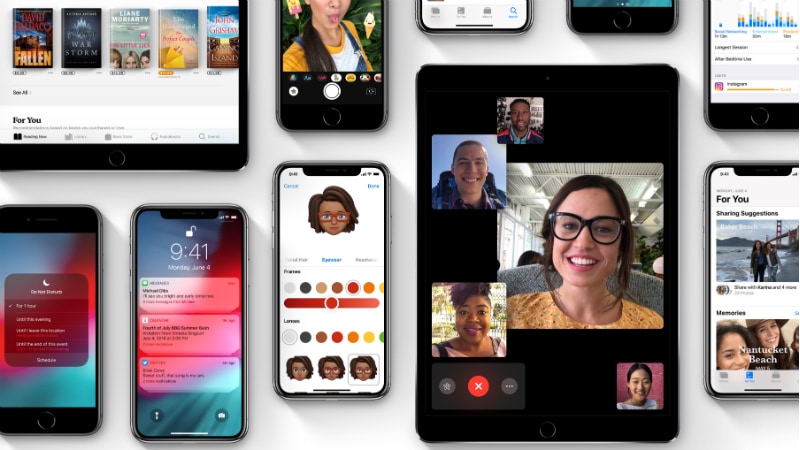 Apple last month pleased a large number of iPhone and iPad users by releasing the anticipated iOS 12 update. But just a little over two weeks after its formal debut, iOS 12 is now reported to have surpassed iOS 11 in terms of install base. The latest version of iOS is installed on over 47 percent of the active iOS devices worldwide, as per the data provided by analytics firm Mixpanel. Interestingly, iOS 11, which was launched in September last year, is now a few points behind the fresh iOS version, having its presence on over 45 percent of devices. The adoption rate of iOS is always higher than that of Android since Apple releases the newest update for a lengthy list of iPhone and iPad models simultaneously. However, particularly in the case of iOS 12, the new software has presumably encouraged a large number of iPhone users thanks to the bunch of optimisations for dated hardware, including the five-year-old iPhone 5s.

According to the latest numbers shared by Mixpanel, iOS 12 is installed on 47.56 percent of active devices, while iOS 11 is present on 45.58 percent of active devices. This shows the difference of 1.98 percent between the two iOS versions. Also, as many as 7.18 percent of devices are running a version older than iOS 11. Just to clarify, all devices running iOS 12 upgraded from iOS 11 and previous versions, excepting the models that launched with iOS 12 out-of-the-box – the iPhone XS and iPhone XS Max. Thus, it is only natural that iOS 12 adoption rises, iOS 11 install base falls. 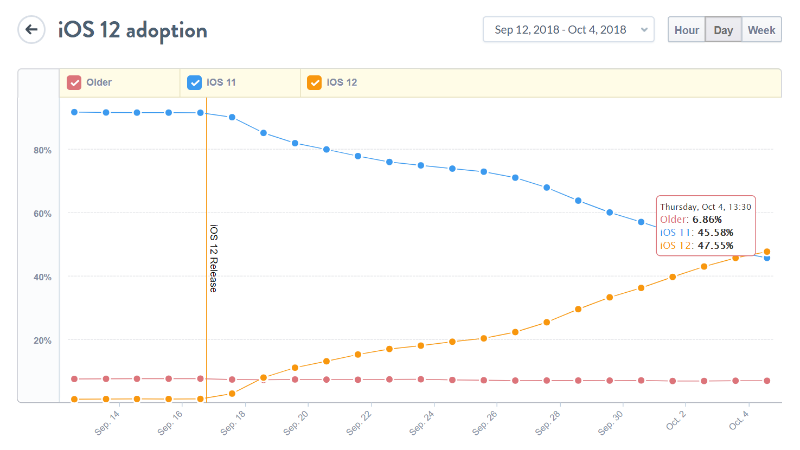 It is worth pointing out that Apple is yet to release the official adoption numbers of the new iOS version – it was last updated on September 3 – and they are likely to be slightly different from what Mixpanel is showing through its site.

Having said that, one of the key reasons for the fast adoption of iOS 12 is the bundle of optimisations that it brings to enhance the overall experience. Apple claims that the new iOS enables the devices to launch apps up to twice as fast as on the last iOS update. Similarly, it is claimed that the camera launches up to 70 percent faster and the keyboard appears up to 50 percent faster. The official changelog of the new iOS version that was released on September 17 highlighted that all supported iOS 12 devices see the improved performance.

The compatibility of iOS 12 is also a major reason for its faster adoption as it supports the iPhone lineup starting from the iPhone 5s that was launched in September 2013 and iPad range beginning from the iPad Air that debuted in November 2013. This is unlike Google’s Android 9.0 Pie that arrived on the Pixel devices and Essential Phone and recently reached the OnePlus 6 and Nokia 7 Plus.