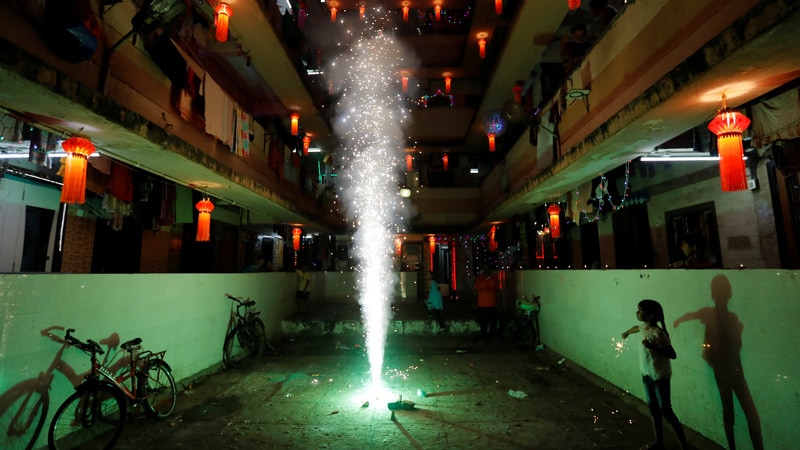 The Supreme Court on Tuesday restrained e-commerce players, including Flipkart and Amazon, from selling firecrackers online across the country.

While allowing the manufacturing and sale of only “green crackers” that have low emission of light, sound and harmful chemicals, the apex court said that e-commerce companies would be hauled up for contempt of court if they are found selling crackers online.

“No e-commerce websites, including Flipkart, Amazon, etc. shall accept any online orders and effect online sales. Any such e-commerce companies found selling crackers online will be hauled up for contempt of court and the Court may also pass, in that eventuality, orders of monetary penalties as well,” said a bench of Justices A K Sikri and Ashok Bhushan. The top court also dealt with the issue of impact of bursting of firecrackers on animals. It results in severe noise pollution which has acute psychological, mental and even physical effect on animals, the court said.

“Fireworks sometimes results in temporary or permanent hearing impairment in animals. Further, dogs are also known to display psychological symptoms of stress during this time. So much so, fireworks have traumatising affect even on birds,” the bench said in its verdict. It said that deafening sound from the crackers were known to disorient birds and is responsible for their displacement from their nests.

“Even the respiratory system of the birds gets affected. Studies also show that the sound of crackers has affect on milch cattle. As the cattle is scared, adrenaline is released in its body which inhibits oxytocin, a hormone which helps the milk cattle to release milk thereby affecting the production of milk,” it noted. The bench also said that bursting of firecrackers on Diwali and any other festivals would strictly be from 8pm till 10pm only. It, however, carved out an exception for Christmas and New Year eve and said that crackers for these occasions would be burst between 11.55pm and 12.30am, since these celebrations start at midnight.