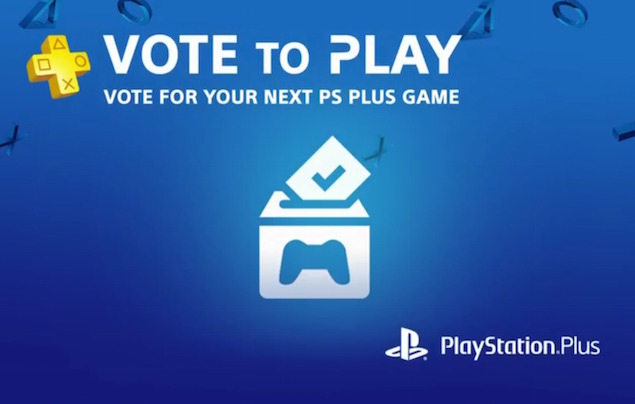 PlayStation Plus is a service from Sony that allows its users to play multiplayer games, upload game saves to the cloud, and get exclusive discounts. But its biggest draw is the Instant Gaming Collection, which gives PlayStation Plus members free games each month on the PlayStation 4 (PS4), PlayStation Vita, and PlayStation 3. Now Sony has revealed it will let users decide what games come to the PS4.

“With this new feature, we’re asking PlayStation Plus members to vote on one of several great as-yet unreleased PlayStation 4 (PS4) games to be included in the upcoming month’s game line-up,” Chris Howe, PS Store and Plus Content Manager, Sony Computer Entertainment Europe wrote on a blog post.

The game with the maximum votes will find its way into Sony’s future game line-up. Those that don’t make the cut will have themselves discounted exclusively for PlayStation Plus members in the first promotion.

This promotion, dubbed as Vote to Play will not be a monthly affair. It will take place at “regular intervals” through the year. Sony says it will soon reveal more details as to when voting begins and what titles will be available.

However it seems that you might not have to wait too long. Leaked images on popular gaming forum NeoGAF indicate that games such as Grow Home, Armello, and Zombie Vikings would be the first set up for voting.