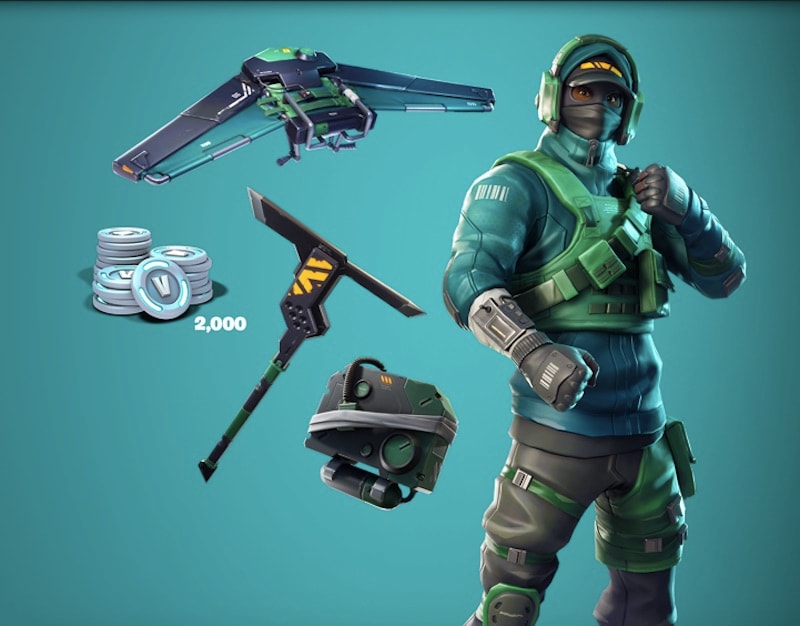 Fortnite and Nvidia have teamed up for a Fortnite GeForce GTX bundle that comes with 2,000 V-Bucks and what’s being branded as the Fortnite Counterattack Set. It’s available with purchase of an Nvidia GeForce GTX 1060, 1070, or 1070 Ti based graphics card, desktop PC or laptop. The Fortnite Geforce GTX bundle is available from now until January 29, 2019 or while supplies last. With PS4, Nintendo Switch, Xbox One, and Samsung Galaxy Note 9 Fortnite bundles, its interesting that Epic Games has decided to partner with GPU maker Nvidia as it makes us wonder who is left for the company to partner with.

It seems like this bundle is targeted towards those PC gamers who haven’t upgraded their 9-series cards with Nvidia claiming in a prepared statement there are some performance gains to be had. The company say that upgrading from a GeForce GTX 960 to a GeForce GTX 1060 will result in up to a 74 percent improvement in Fortnite performance while an upgrade from GeForce GTX 970 to 1070delivers up to a 60 percent increase in performance. Given how well Fortnite runs on most PCs (even Macs) there’s little reason to upgrade just for this one game. That said, with the GeForce GTX 1060 price of Rs. 27,800, GeForce GTX 1070 price of Rs. 37,000, and GeForce GTX 1070 Ti price of Rs. 41,800 via Nvidia’s website, they seem like better bets than the Nvidia RTX cards at the moment. Though we won’t be surprised if this is a stock clearing exercise.

Although if it’s newer hardware that you seek, Battlefield V being bundled with Nvidia GeForce RTX cards too. Considering the glaring lack of games that make use of ray-tracing, giving would be RTX buyers access to the rare title that supports Nvidia’s bespoke tech out of the box is a welcome move. This time around, the offer is valid until January 7, 2019. Nvidia confirmed to Gadgets 360 that “consumers can redeem the game code from AIC [add-in card] partner’s landing pages where they have to enter their card’s details. If a consumer buys it from the Nvidia store, the code will be emailed to them.”