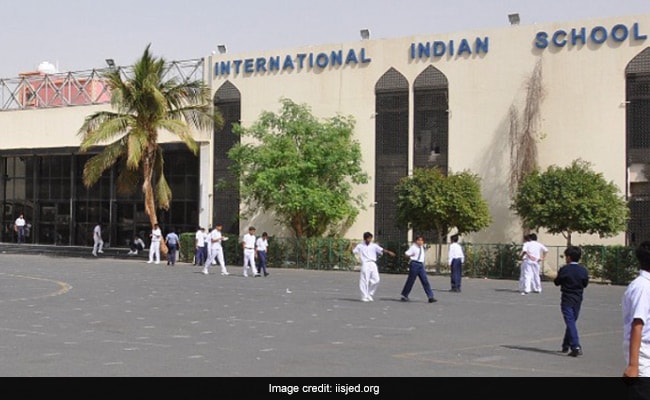 Parents, students and alumni from the CBSE-affiliated International Indian School of Jeddah (IISJ) have demanded help from the Indian government after the school, where around 11,000 students study has received orders from a local court to vacate the land it is situated.

A parent alleged that the school authorities had received the court order two months ago and according to him, they, “were sleeping on the issue and finally ended up throwing 11000 students in the street and disrupting their education”.

An official associated with the managing committee of the school said the owner of the land has been demanding a new lease agreement with an unreasonable annual rent that the school cannot afford and the eviction order from the local court followed this after a legal battle.

Shashi Tharoor, Congress MP from Kerala, has demanded Indian embassy to renegotiate the rent rather than move the school out of its current location.

Serious issue. I’ve just received a representation myself, having visited the school in 2009. Embassy should renegotiate the rent rather than move the school. Wealthy NRIs cld help make up the difference. If Govt’s inflexibility leads to eviction it’ll be an embarrassment4 India.

@ShashiTharoor Dear Sir, I am sorry for spamming your twitter but this one nerds immidiate attention of leaders like u. School to 10000 Indian kids in Jeddah has to leave the land. Need ur help sir

We can’t show you everything! 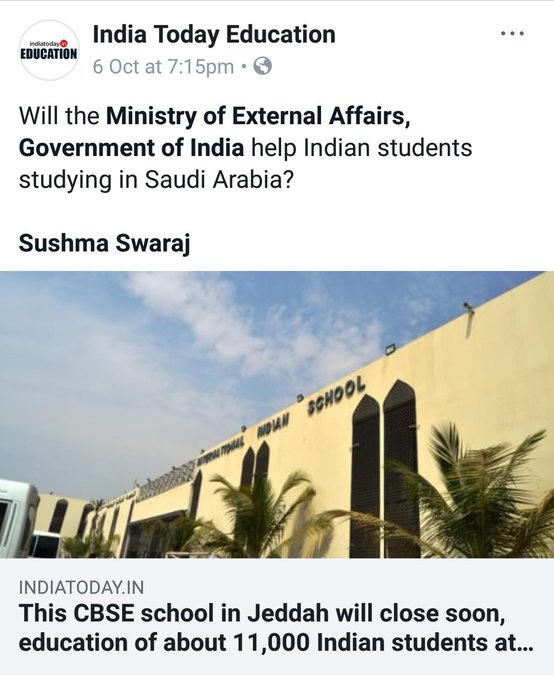 Binoy Viswam, CPI MP, has written a letter to the Foreign Minister Sushma Swaraj saying this unexpected eviction order has put both students and teachers of school under stake and they are anguished about their future. 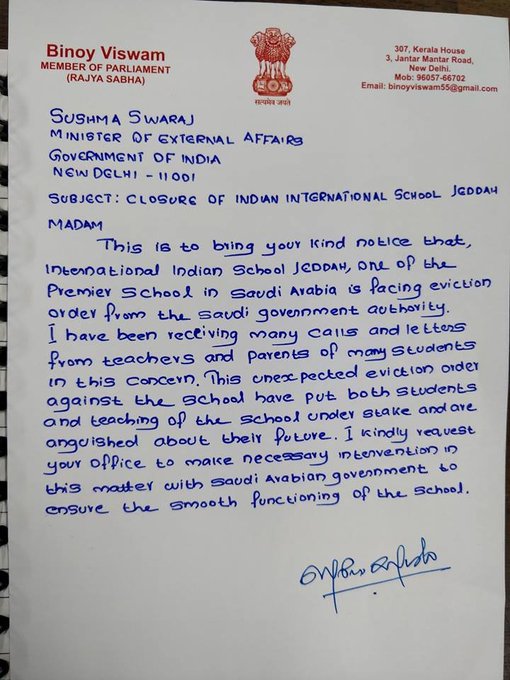 Parents, students,alumni of CBSE-affiliated International Indian School of Jeddah have demanded help from Indian government after the school, where around 11,000 students study has received orders from a local court to vacate the land it is situated.#Save_IISJ @SushmaSwaraj

He requested the minister’s office to make necessary intervention in this matter with Saudi Arabian government to ensure the smooth functioning of the school.