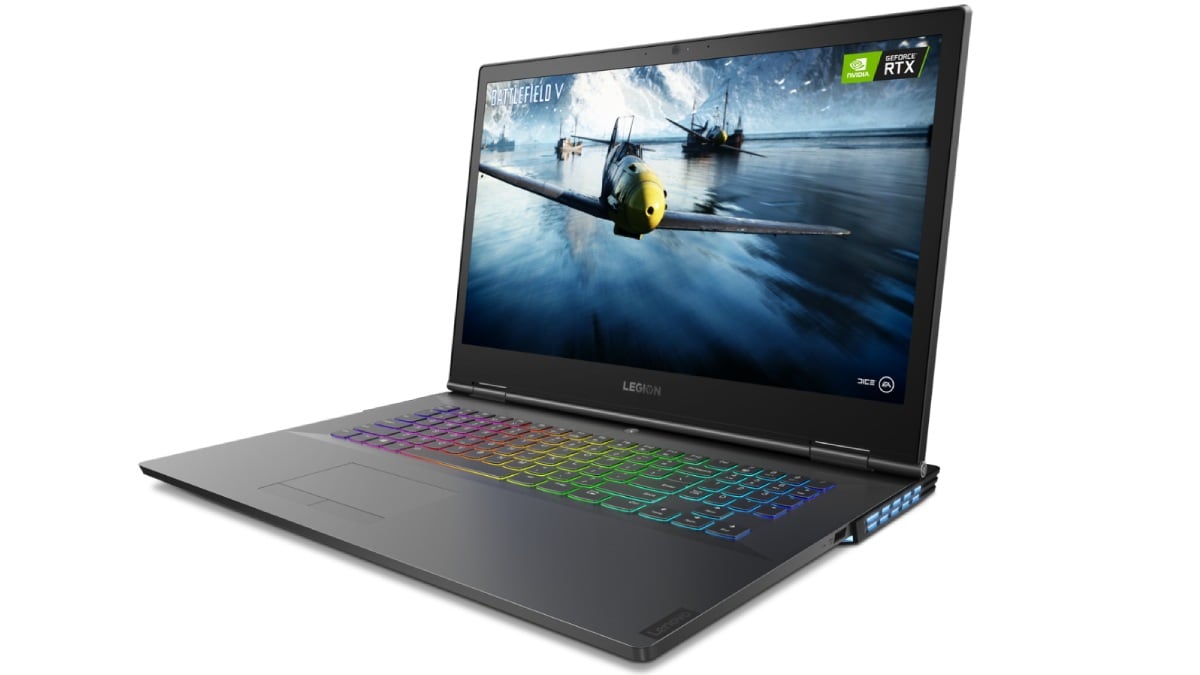 Lenovo and Asus are amongst the first companies to announce brand new gaming laptops based on Intel’s 9th Generation Core CPUs and Nvidia’s GeForce GTX 16-series GPUs, both of which were announced earlier today. Intel’s latest offerings cover a range of targets from the mid-range to ultra-premium, while Nvidia’s new mobile GPUs are aimed at value-conscious gamers who don’t want the ray tracing effects possible with GeForce RTX series models. The new laptops have all been announced globally, with their latest launches, and Nvidia has stated that gaming laptops make up the fastest-growing category of PCs in the world right now.

Intel’s new 9th Gen Core i9, Core i7 and Core i5 CPUs are based on the ‘Coffee Lake’ architecture. The top-end Core i9-9980HK has 8 cores and 16 threads, and can reach a turbo boost speed of up to 5GHz. Nvidia has launched the GeForce GTX 1660 Ti and GeForce GTX 1650 GPUs for laptops, based on its Turing architecture, promising up to 4X the gaming performance of comparable four-year-old model and a minimum of 60fps at 1080p in many of today’s most popular games.

Starting with Lenovo, the company has updated five of its Lenovo Legion gaming laptops and has also added two new models to its portfolio, including a more affordable model in the Lenovo IdeaPad series. The Lenovo Legion Y740, first shown at CES 2019, will be available in 17-inch and 15-inch options with a 9th Gen Intel Core i7 CPU and GeForce GTX 1660 Ti, with options including GeForce RTX GPUs, 144Hz screens with Nvidia G-Sync, and up to 32GB of RAM. There’s an RGB LED keyboard designed by Corsair and a Dolby Atmos speaker system.

The Legion Y540 promises gaming as well as productivity on the go with 6-hour battery life in a 2.3kg package, plus a white backlit keyboard and dual cooling fans. You get a 9th Gen Intel Core i7 CPU and one of Nvidia’s new GPUs or a higher-end GeForce RTX 2060. The new Lenovo Legion Y7000p (sold as the Legion Y545 in some regions) is designed to be ultra-slim and thermally optimised with the same CPU and GPU options.

The new Lenovo IdeaPad L340 Gaming is positioned as a mainstream option, and there are 15-inch and 17-inch variants. You get a 9th Gen Intel Core i7 CPU and an Nvidia GeForce GTX 1650 GPU, with the option of Intel Optane Memory. This model has blue backlighting and Dolby Audio.

Asus has also refreshed a large number of models, starting with the hybrid ROG Mothership all-in-one which debuted at CES 2019. You can get up to the top-end Intel Core i9-9980HK CPU and GeForce RTX 2080 GPU with a 17.3-inch 4K screen.

Next is the Zephyrus S GX502, a new 15-inch version of the super-slim Zephyrus S GX701, which rises to expose additional air vents when required for cooling. This model packs in a Core i7-9750H CPU, GeForce GTX 1660Ti or GeForce RTX 2070 GPU, and 240Hz screen with Pantone calibration. The relatively more affordable Zephyrus M GU502 is also a 15-inch model with the same CPU and display,  and choice of GPU up to a GeForce RTX 2060. The lower-tier Zephyrus G GA502 interestingly features AMD’s recently announced Ryzen 7 3750H CPU and a GeForce GTX 1660 Ti GPU with a 120Hz screen. The latter model goes on sale in some countries immediately, priced starting at $1,200 (approximately Rs. 83,315).

The new Asus ROG Strix Scar III and Hero III models are targeted at esports enthusiasts and both feature a removable NFC module called the Keystone, which lets gamers move their profiles from one compatible laptop to another. These profiles can include RGB lighting effects. The Keystone will also unlock a hidden storage area on the owner’s laptop. Both models have been launched in 15-inch and 17-inch variants with 9th Gen Core i7 or Core i9 CPUs, 144Hz or 240Hz screens, and Nvidia’s new GeForce GTX or older GeForce RTX GPUs. They also feature RGB LED strips running around their bases, and RGB LED keyboards.

There’s also a more affordable new Asus ROG Strix G model in 15-inch and 17-inch varieties, which lacks the RGB LEDs and Keystone feature, but offers up to a 9th Gen Core i7 CPU and GeForce GTX 1660 Ti GPU. The ROG Strix models will all go on sale in June, and Asus says they could come to India by July, though pricing hasn’t been announced. Joining this model are refreshed ASUS TUF Gaming FX505 and FX705 models with Ryzen 5 and Ryzen 7 3000-series CPUs as well as the GeForce GTX 1660 Ti GPU.