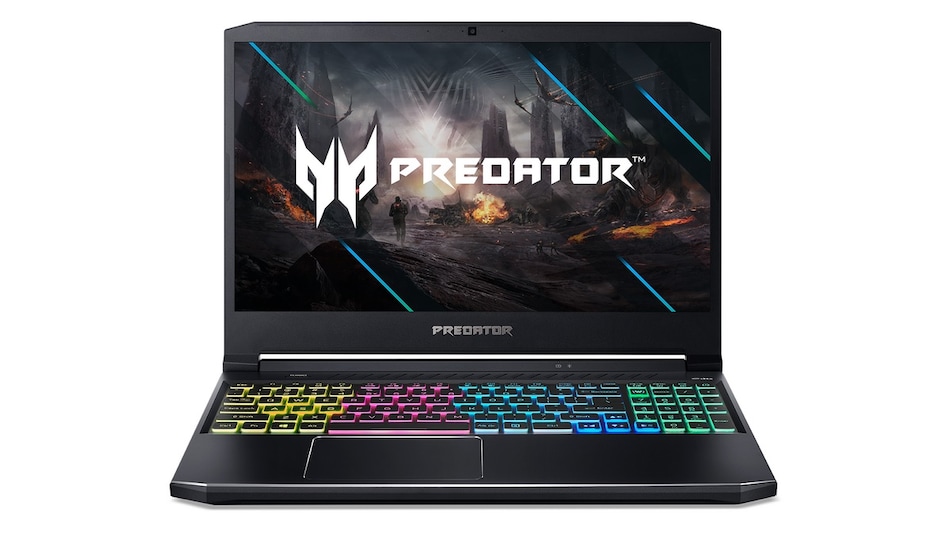 The Predator Helios 300 by Acer comes with Windows 10 pre-installed. It features a 15.6-inch full-HD IPS display up to 240Hz refresh rate and 3ms overdrive. It is powered by up to a six core and 12 thread 10th Gen Intel Core H-series processors and up to an Nvidia GeForce RTX 2070 graphics card with Max-Q design. It can be equipped with up to 32GB of DDR4 RAM clocked at 2,933MHz and two PCIe NVMe SSDs in RAID 0 configuration along with up to 2TB hard disk drive for mass storage. For connectivity, you get Killer’s E26001 Ethernet Controller, Killer Wi-Fi 6 AX1650i, Bluetooth 5.0, two USB 3.2 Gen 1 ports, a USB Type-C port (USB 3.2 Gen 2), and a USB 3.2 Gen 2 port with power-off charging. This laptop is backed by a 59Whr battery.

The Acer Predator Helios 300 supports DTS:X Ultra Audio and delivers “high-end 360-degree surround sound”. The thermals are kept in check by two fans, one of which is a custom-designed 4th generation AeroBlade 3D fan that is said to reduce noise while increasing airflow. The fans can be manually adjusted as well through Acer CoolBoost.

The Predator Triton 300 also features a 15.6-inch full-HD IPS display with 3ms response time and 240Hz refresh rate. The display also covers 100 percent of the sRGB color space. The Triton 300 is powered by a 10th Gen Intel Core H-series processor and up to an Nvidia GeForce RTX 2070 graphics card with Max-Q design. It supports up to 32GB of RAM using two soDIMM modules and up to 3TB SSD through three M.2 SSD slots. It also supports HDMI 2.0, mini-DP 1.4, and USB 3.2 Type-C connectivity. The Acer Predator Triton 300 comes with Killer DoubleShot Pro card as well. Other connectivity options include two USB 3.2 Gen 1 ports, a USB Type-C port (USB 3.2 Gen 2), and a USB 3.2 Gen 2 port with power-off charging.

It is backed by a 59Whr battery as well. There are three heat pipes in this gaming laptop and two fans. One of them is a 4th Gen AeroBlade 3D metal fan that provides improved airflow. Acer’s CoolBoost technology is present here as well. Acer says the Predator Triton 300 also is 19.9mm thick and weighs just 1.7kg.