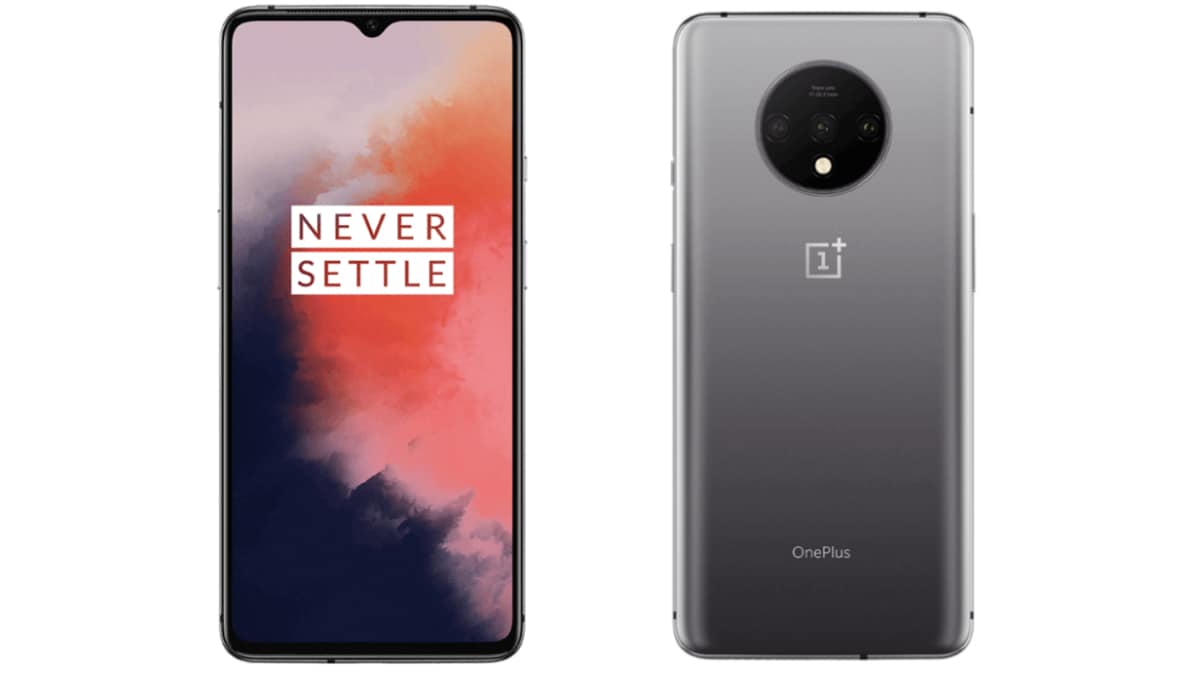 OnePlus 7T will be officially launched today at 7pm IST

Tipster Ishan Agarwal and German publication WinFuture, both have published the official-looking renders of the phone. The OnePlus 7T is seen to sport a waterdrop-style notch up front, with minimal bezels on all the other sides. The back panel has a circular ring module with three lenses sitting inside in a horizontal manner, and the flash sitting beneath it, as OnePlus had officially showcased recently. As mentioned, the renders show the OnePlus 7T in Glacier Blue and Frosted Silver options. The WinFuture report also says that the OnePlus 7T will sport a 6.55-inch (1080×2400 pixels) display, 90Hz display, Snapdragon 855+ SoC, 8GB RAM, and 128GB storage. The triple rear camera setup at the back has a main 48-megapixel camera, a 16-megapixel wide-angle camera, and a 12-megapixel third sensor. It should pack a 3,800mAh battery with fast charging support.