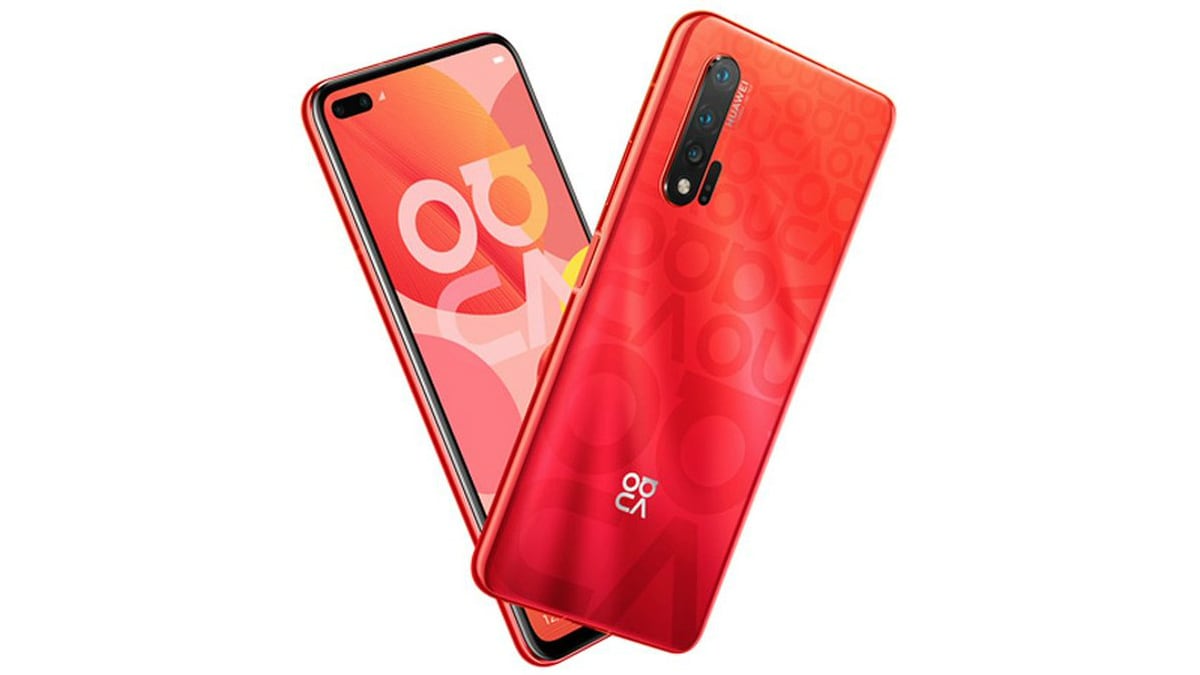 Huawei Nova 6 leaks are picking up pace, and now a new render has surfaced online, this time showing off a red-coloured paint job. The phone’s pricing and specifications have also been leaked online, and it is tipped to sport a HiSilicon Kirin 990 SoC, up to 12GB RAM, up to 256GB storage, and 40W fast charging support as well. Separately, the Huawei Nova 5i that has already launched in China in 6GB RAM and 8GB RAM options has now been spotted on TENAA in a 4GB RAM model as well.

Starting with the Huawei Nova 6 render leak by noted tipster Evan Blass (aka @evleaks), the red colour finish has a gradient patterned design at the back, where the quad camera setup is also seen. The dual hole-punch display up front is visible in the render and there seems to be a side fingerprint scanner as well. This new render falls in line with all the leaks in the past, where a Blue gradient finish was also leaked.

The phone is listed to feature a 6.44-inch full-HD+ (1080×2340 pixels) IPS LCD 60Hz display, and may be powered by the Kirin 990 SoC paired 8GB and 12GB RAM options, and 128GB and 256GB storage options. Camera details include a 60-megapixel Sony IMX686 main sensor, 16-megapixel sensor, and two 2-megapixel sensors at the back. The dual selfie set in the front to include a 32-megapixel camera and a secondary 12-megapixel camera. Similarly, the phone is tipped to pack 4,000mAh battery with 40W Magic Charge fast charging technology.