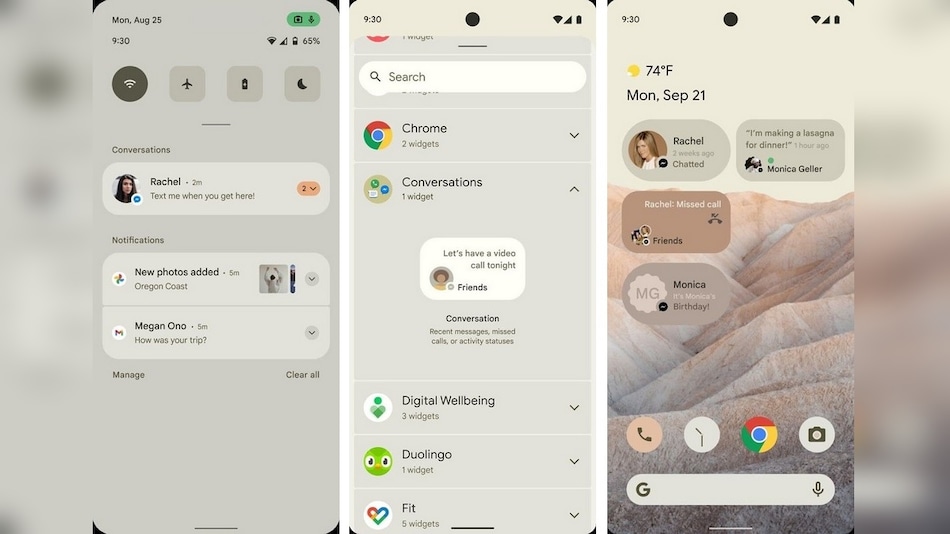 Google has not shared any information on Android 12

Android 12 may be called Snow Cone and come with features like smarter auto-rotation, gaming mode, reduce bright colours feature, and one-handed mode. Android 12 will be the next iteration of Android from Google and is expected to launch later this year. For the name, Google has seemingly gone with Snow Cone this time as Android 12’s source code reportedly has references to “sc,” believed to be an abbreviation for Snow Cone. It should be noted that Google has not shared any information on the new OS, so this information should be taken with a pinch of salt.

Android 12 source code shows multiple references to “sc” that is believed to be an abbreviation for Snow Cone. We know Google likes to have dessert names for its Android operating systems and a report by XDA Developers states that the upcoming iteration could be called Snow Cone. It also states that Android 11 was internally called Red Velvet Cake and there were references of “rvc” in the source code.

Coming to the features, a report by 9to5Google states that Android 12 could come with a new face-based option for auto-rotate. Android’s auto-rotate doesn’t always work like you want it to. So with Android 12, Google seems to be making some improvements. The smarter auto-rotate could use front camera of your phone to see the orientation your head is and rotate the display accordingly. This would be especially useful for those who use their phones while lying down.

Moving on to Gaming Mode, a separate report by XDA Developers states Android 12 will have a new “GameManager service.” This would likely trigger when a game is started and manage settings like automatic brightness, auto-rotation, Do Not Disturb mode, and more. A new Battery API is being introduced as well, that will allow games to detect the battery level of connected Bluetooth controller. As for the ‘reduce bright colours’ feature, it is allegedly meant for the helping people with visual impairments. It may be part of the quick settings in Android 12.

Android 12 does not have a release date yet but Google may launch it towards the end of this year. Last week, It was reported that Android 12 will bring new UI changes like more pronounced rounded corners, new privacy features, and a new widget selection.